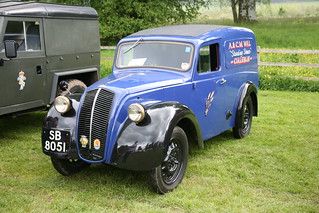 If you’re looking for cheap quotes for commercial van insurance but haven’t been having much luck, it can sometimes seem like an uphill battle both ways to get what you need.

It can easily feel as if you’re never going to be able to find an affordable commercial insurance quote, especially if you’ve been going from insurer to insurer for hours at a time, only to be presented with quote after quote, each one being just as bad at the last. However, there are plenty of things you can do to maximise your chances to get that affordable quote you need to help manage your costs but still comply with legal regulations.

Before you actually go and start looking for quotes, you need to decide on what level of cover you’re actually going to attempt to secure for your commercial van. There are three main types of van insurance that you can purchase, with the cheapest – third party cover – usually the least expensive and comprehensive cover being the most expensive, but don’t just jump at third party cover because you think you’re going to save some cash.

It’s true that third party cover will get you legally on the road, but you’re going to be in for a world of hurt if your vehicle gets damaged or stolen, as third party doesn’t offer cover for such eventualities. Having to replace or repair a van written-off in an accident out of pocket can be ruinous, so you need to consider the best value for money when it comes to level of cover.

That being said, you may not necessarily need to take out comprehensive cover, either. Yes, it comes with all the bells and whistles, including extras such as breakdown cover, and this can come in quite handy, but it can be quite expensive sometimes – you may want to consider taking out third party fire and theft cover, which offers less cover than comprehensive but substantially more than simple third party cover.

Once you’ve decided on what level of cover you can afford – including the costs you might encounter if you end up having to pay out of pocket – you can then begin your search for van insurance quotes. Normally you could go to an insurance broker or visit individual van insurance company websites, but this could take a serious amount of time and energy, and it can be frustrating to enter your personal or business details over and over again.

However, thanks to the advent of the comparison website, you’re not going to have to slog through that mess nearly as much as you used to. Comparison sites work by providing users with a wide range of quotes from a large panel of insurers, and you only have to put your details in once instead of multiple times, which can preserve your sanity by quite a bit.

That being said, you may need to visit more than one comparison site to get a true view of what the marketplace looks like. This is because each comparison site has a different selection of insurers on their panels, though good comparison websites are adding new insurers all the time to remain competitive.

Not only that, but there are a selection of insurers that flatly refuse to work with a comparison website for whatever reason – usually because they’re too big for their britches. A good example of this is the car insurance provider Aviva, which enjoys a large market share and feels they have no need to drive business by allying itself with even the major comparison sites.